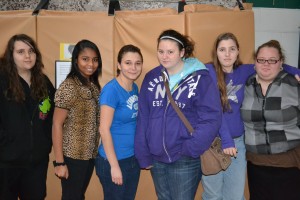 On January 16, United Neighborhood Centers celebrated and took part in the annual Martin Luther King, Jr. Day held throughout the city of Scranton. Beginning at 1 p.m., children from the community, as well as our Progressive and Bellevue Childcare Centers, were led in a series of activities and programming by Jim Williams and youth from our Leaders in Training program. All of the activities focused on diversity and equality. At the end of the day’s programming, the youth at United Neighborhood Centers joined other members of the community in a march from the Progressive Center to the Courthouse downtown.