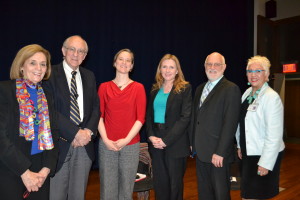 On May 1, United Neighborhood Centers collaborated with The Commonwealth Medical College to host its first special event in celebration of the agency’s 90th anniversary in 2013. “Poverty & Poor Health-Changing the Equation” was a community forum that allowed a discussion about the correlations between being poor and having poor health. Sondra Myers moderated a panel that consisted of nationally-recognized speakers Dr. Buz Cooper, Tine Hansen-Turton and Mariana Garrettson. Over 100 community members, including those from the medical arena, attended the event. The next event for the 90th anniversary celebration will be a launch party and video premiere to be held June 11 at the Scranton Cultural Center.