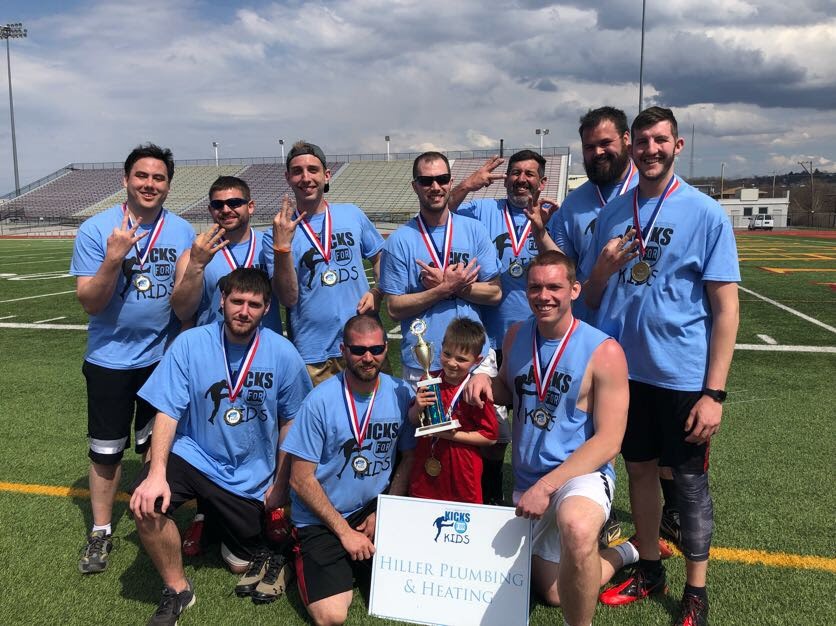 The team from Hiller Plumbing & Heating was the winner of UNC’s recent Kicks for Kids kickball tournament for the third year in a row. A total of 16 teams competed in the event, which raised money to support Project Hope, UNC’s summer camp for children from low income families.